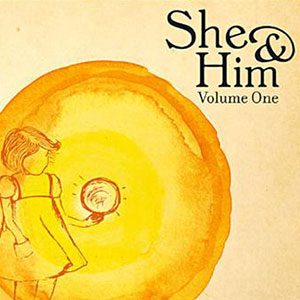 For some reason I’ve never been able to completely understand, America seems to require that most of our “artists”  stick to one medium. As far as I can tell Elvis was the last musical artist to also have a real career in another field (film). And really, even he wasn’t taken seriously as an actor. Recent American history is full of case after case of artists trying to cross over from one medium to another and, often times, failing miserably. Now, to be fair, sometimes they are just plain bad at the new “field” they are trying to work in (Madonna as an actress?). But I think there’s more to it than that. It seems our first impulse is to automatically scoff at the very idea of an actor fronting a rock band. Or a musician writing a novel. Or a singer wanting to act.  Sometimes it works but I think those cases are the exceptions. Jimmy Buffett and Kinky Friedman have both written many successful novels. Kris Kristofferson has done pretty well bouncing back and forth between films and music. But then you have Keanu Reaves and Russell Crowe both fronting rock bands (and neither getting much respect). I have a terrific country album that Sissy Spacek made in 1983 (Rodney Crowell produced it). I don’t think many people even knew it existed at the time. Mick Jagger and David Bowie both tried acting back in the 70s. I just find it interesting that it seems the initial reaction from our culture is to try and pigeonhole artists into one field. The very fact that they excel in one area of creativity seems to indicate that they may also be able to flourish in other areas given the chance. Now, sometimes if an actor “sneaks” a performance into a film it’s more easily accepted. Gary Busey played lead guitar and sang all the vocals in the 1978 film The Buddy Holly Story and did a fantastic job (the music even won an Oscar). Sissy Spacek did all the vocals in the 1980 Loretta Lynn biopic Coal Miner’s Daughter (for which she won a Best Actress Oscar). The soundtracks to each film featured their vocals, not the vocals of the stars they were portraying. But the thought of either of them doing an album outside of a movie didn’t generate much interest.

The latest case at hand: She & Him, otherwise known as Zooey Deschanel and M. Ward. Zooey Deschanel is a well known actress starring in such films as The Happening, The Assassination Of Jesse James By The Coward Robert Ford, Bridge To Terabithia, Failure To Launch, Elf, Almost Famous and many others. She also played a terrific part in the Showtime series Weeds. Her sister, Emily Deschanel, plays the lead on the great Fox show Bones. In 2006 it was announced that Deschanel had been chosen to play the lead in the upcoming  Janis Joplin biopic The Gospel According To Janis. However, Deschanel said last year that the movie was on hold and I haven’t heard anything more about it since then. Let’s hope they get all the legal issues worked out, I think she’d do a great job playing Janis. Now, I’ll be the first to admit, I’m not familiar at all with M. Ward. A quick look through allmusic.com shows five well reviewed albums, though not much bio info. I’ll have to pick up a CD or two at Amazon and see what I think.

Let me say right from the start, I am a total sucker for a great pop song. Doesn’t matter if it is garage band, bubblegum, girl group, Top 40, countrypolitan, powerpop or whatever. I just love a great, poppy, hooky song. And this CD is full of them. It’s hands down my favorite album of 2008 so far. And it keeps growing on me every time I listen to it. It seems these two met while recording a song for movie soundtrack. Deschanel sent Ward some demos of songs she had written, something she had been keeping pretty much to herself, and they soon began recording. What’s really amazing about this album is not just that Deschanel can sing but that she’s a great songwriter as well. She wrote 10 of the 12 tracks on the album (the other two being a Beatles cover and a Miracles cover). I have a hard time picking my favorite tracks because there are so many. “Sentimental Heart,” “This Is Not A Test,” “Change Is Hard,” and “Got Me” are my favorites right now, but every track is something special. The two covers, “You Really Got A Hold On Me” and “I Should Have Known Better” fit right in. Ward produced the album and between Deschanel’s voice and songs and his understated studio approach they have created a terrific album evoking everything that is great about 60s and 70s pop music, without resorting to mimickry or counterfeiting. I’ve seen the album described as a cross between the Brill Building sound and Nashville countrypolitan which I think it pretty accurate. I’ve played this CD more than any other this year and it’s still in heavy rotation. I’m really interested to see if they come up with a second album that’s anywhere near as good as this or if this is just a one time fluke.