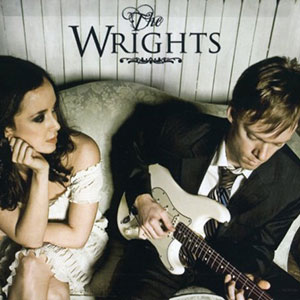 For me it started with Elvis Costello and his single “Alison” b/w “Welcome To The Working Week.” It was actually Costello’s second single (“Less Than Zero” b/w “Radio Sweetheart” being the first), but it was the one I stumbled on initially. From there I quickly discovered the first Nick Lowe single (“So It Goes” b/w “Heart Of The City”) since he had produced both of Elvis’ singles. And that led to Dave Edmunds. Edmunds and Lowe formed a band called Rockpile (with Billy Bremner and Terry Williams) in 1976. However, they didn’t release an official Rockpile album until 1980 (Seconds Of Pleasure) because they were signed to different labels (Lowe to Columbia and Edmunds to Swan Song). But between 1976 and 1980 they each released several solo albums that were, for all practical purposes, Rockpile albums. Edmunds released three classic albums in the late seventies, all of which featured Rockpile: Get It (1977), Tracks On Wax (1978) and Repeat When Necessary (1979). Lowe and Edmunds were perfect collaborators. Both were respected producers, both were masters of the two to three minute pop/rock song and both shared a love for The Everly Brothers. The major difference between the two (other than their uniquely individual approaches to music) was that Edmunds was not really a songwriter. He wrote and/or co-wrote a few songs here and there, but he was primarily an interpreter of other writer’s material, including Costello (“Girls Talk”), Graham Parker (“Crawling From The Wreckage”), Lowe (“I Knew The Bride”) and many others. Edmunds also brought a much more country perspective to the pub/roots rock he played and recorded. Songs like “Worn Out Suits, Brand New Pockets, “Queen Of Hearts,” “Home In My Hand” and “Sweet Little Lisa” are country through and through, though obviously filtered through Edmunds’ singular Welsh appreciation for the distinctive American music he clearly loved. He does a rave up version of Hank Williams’ “Hey Good Lookin'” on Get It.

I don’t know a whole lot about Paul Kennerley. I first became aware of him through two “concept” albums he put together and produced in the late seventies, White Mansions and The Legend Of Jesse James. An English songwriter, musician and producer indisputably enamored with the American west, he later married Emmylou Harris and collaborated with her on several albums including The Ballad Of Sally Rose and Thirteen. Several years ago a friend of mine mentioned that Kennerley had a small five song CD out titled Misery With A Beat. I tracked down a copy and was just floored. Kennerley wrote all five of the songs on the album, played guitar, sang, produced, etc. A crackerjack band was on hand which included Richard Bennett, Harry Stinson and… Billy Bremner! It’s a terrific little disc, and to me at least, it picks right up where Dave Edmunds and Rockpile left off more than twenty years ago. Kennerley is a first-rate songwriter and I don’t think I’m the only one who hears a huge Edmunds influence on in both his songs and his production, especially on this EP.

So, imagine my delight when I got a copy of the second album by the Nashville (by way of Georgia) husband and wife country duo, The Wrights (Adam and Shannon), and saw that Paul Kennerley had co-written three of the songs on the album and produced two of them. The Wrights released a superb debut album on RCA in 2005 (Down This Road) featuring twelve original songs (and a guest appearance by Adam’s uncle Alan Jackson). Gifted songwriters, the two attracted a lot of attention with their beautiful harmonies and powerful performances. Shannon, especially, is an extraordinary vocalist and singer. The album didn’t make much of a dent in the Nashville country market so the two young artists set out on their own and released The Wrights in 2007. I really liked Down This Road, but The Wrights was something else entirely. Seemingly freed from the shackles of major label confines the two created what I think is the best country album to be released in years. It’s hands down my favorite album (of any genre) in 2007.

The Wrights leads off with “Rewind,” a song written by Shawn Camp and Billy Burnette, two outstanding songwriters and performers in their own right. It’s a slow, but driving ballad, featuring Shannon and Adam working together to create a shimmering, almost luminous opus of exquisite vocals and harmony vocals. Most of their songs, on both this album and the first, are love songs in one way or another. Lost love. Love in vain. Good love. Bad love. Unrequited love. Faithless love. You get the picture. “Do You Still” features Adam and Shannon trading lead vocals on alternate verses (as they often do and to great effect) and then coming in together on the choruses. It’s a catchy piece of straight ahead country twang. “Home Sweet Highway,” a rocking little number featuring Adam on lead vocals, is the only non “love” song on the album, though in its own way, it’s really still a love song, just to the highway, not a lover.

Throughout the album Adam and Shannon never cease to amaze me with their vocal skills. They sing so well together you’d almost think they were brother and sister instead of husband and wife. They have that connection that you find with many siblings. Keith Stegall does an excellent job producing, always finding the perfect instrumental showcase for the songs and the voices. Over the course of only eight songs (it’s not quite an album, but not quite an EP either) Stegall and The Wrights are able to establish a tone and a spirit that makes this music just plain shimmer. Along the way they also cover an outstanding Alan Jackson song (“True Love Is A Golden Ring”), a song I don’t think he’s even recorded himself (though I could be wrong). There’s a lot of “twang” here, but not the kind you usually associate with country music. They have their own unique sound, their own special way of doing things, and once again, I hear that Edmunds influence quite clearly.

The last two songs are marked “Bonus Tracks” and these are the two co-written with and produced by Paul Kennerley: “You’re The Kind Of Trouble” and “You Were Made For Me.” “You’re The Kind Of Trouble” was covered by Solomon Burke on his 2003 Buddy Miller produced Nashville album. Both songs are perfect examples of the kind of “clever” songwriting Kennerley and The Wrights excel at.

I don’t know where The Wrights go from here. It’s hard getting noticed these days in Nashville. They’ve made two terrific albums, but are still flying just under the radar. They could probably make a living on songwriting alone, but that would be a shame because they really do make great albums. Here’s hoping they have a long and productive career together and that the songs and the discs keep coming.