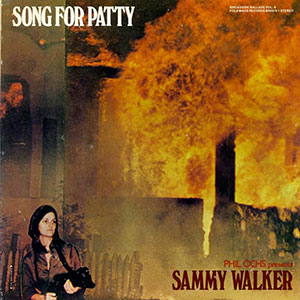 In September 1976 I left Syracuse, New York with my girlfriend, Anne, headed for Boulder, Colorado. We never made it there. We hitchhiked down the East coast, all the way to Key West, Florida (where I’d lived for a short while in 1975). Anne had never travelled much so we decided to see the states on our way to Boulder. From Key West we hitchhiked up to Nashville. From there we headed to Austin, Texas. And that’s where we ended up. We loved Austin. We stayed for a few weeks and decided, hey this is great, let’s just stay here. And to be honest, at that point, we were getting a little tired of the road. Little did I know I’d be in the Austin area for the better part of the next 20 years. My only goal in life at that point was to get a job at a record store. Before too long I was working at Disc Records in Highland Mall. I was in heaven. Those were the days when every record was a potential friend. I’d pour over album covers reading liner notes, looking at musicians, producers, songwriters, trying to get as much information as I could about each record that caught my interest.

I came across an album by a guy named Sammy Walker. There was a great black and white photo on the front of this young, country looking kid with a cigarette in his hand. It was produced by Nikolas Venet, so that immediately gave him credibility with me. Nik had produced some of my favorite records, including California Bloodlines by John Stewart. James Burton played dobro (he’d played with Elvis Presley and Gram Parsons, along with so many others), Dan Dugmore (John Stewart, Linda Ronstadt, James Taylor, etc.) played pedal steel, Waddy Wachtel (Warren Zevon and others) played guitar (though he was listed as Robert Wachtel). The liner notes said his first album had been produced by Phil Ochs. That was enough right there. I was a huge Phil Ochs fan. I bought the album, titled Sammy Walker, and I’ve been playing it in regular rotation for the last 30 years. It’s one of my all-time favorite albums, just a wonderful collection of Seeger/Ochs/Dylan/Guthrie influenced songwriting that I never get tired of. Sammy’s influences show in all the right ways but his songs are all his own. Extraordinary, unique, distinctive songs with spellbinding lyrics and irresistible melodies. I could compare him to a lot of other singer-songwriters but there’s really nobody else quite like him.

As I often do when I discover a new artist, I began to look for what else there was by Sammy Walker out there. I found the previously mentioned “first album” titled Song For Patty on Folkways Records and picked it up. Songs For Patty is a more sparse affair than the self-titled album. It’s mostly just Sammy, his guitar and harmonica (with maybe a second guitar here and there, there are no musician credits on the album). Sammy wrote ten of the twelve songs on the album (it also includes one Guthrie song and one Ochs song). Two of the best songs (“Catcher In The Rye” and “Little New Jersey Town”) would be rerecorded for the self-titled album. Overall, it’s a very strong effort, an exceptional debut album. Other highlights include the title song (a great piece about Patty Hearst), “Ragamuffin Minstrel Boy” and “Closin’ Time.” A few of the songs, notably “The Ballad Of Johnny Strozier” and “Testimony Of A Dying Lady” reflect Sammy’s topical, folk, protest roots (though he was about a decade late to the party). Sammy was a “discovery” of Broadside Magazine, the famous 60s publication which had published the first works of Dylan, Ochs, Janis Ian, Peter La Farge and many others. The original vinyl album came with an eight page insert, “Broadside #127,” which contained all the lyrics, sheet music, various short articles and photos. I don’t play this album as much as his two Warner Brothers albums, but I do come back to it on a regular basis.

Sammy made a second great album for Warner Brothers, Blue Ridge Mountain Skyline, which was released in 1977. He followed that with another album for Folkways, Songs From Woody’s Pen, in 1979. And that was pretty much it for a long time. He released a live album in 1990 (Sammy Walker In Concert) and a studio album in 1994 (Old Time Southern Dream). Both were released only in Europe on a Swiss label. Both had their moments but neither lived up to the stellar quality of his releases in the 70s. There are rumors that he will release a new album soon on the Ramseur Records label, but I haven’t seen anything concrete yet. But rest assured, I’ll give anything he puts out a spin as soon as it’s available.

Song For Patty has never been released on CD in the US. There is an import version on Amazon that sells for $51.99. Probably from Japan. His two Warner releases were also released on CD in Japan for a very brief period but I was only able to ever find the second one. They’re nowhere to be found these days. The two 90s albums are not available anymore either, at least at Amazon. Much to my amazement though, I recently discovered that Song For Patty is available as a download at Amazon. Not sure why, but there it is. It’s the only album of his that is available as a download. And both Songs For Patty and Songs From Woody’s Pen are available at iTunes. It’s ridiculous that so many great albums are still not available in this day of digital downloading. It’s the one area where I truly believe the record labels are missing the boat. It would cost practically nothing to transfer these over to digital files and make them available. No inventory, no manufacturing, no storage. I could list 100 albums (at least) that I would buy right now if they were only available as downloads.