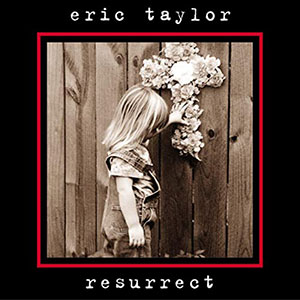 Generally speaking I don’t like to write about albums made by people who I consider to be friends. There are many reasons for this, some of which should be obvious. Artists, by their very nature, are usually quite sensitive about their creations. It’s only natural. I don’t consider myself an “artist.” But, I am a graphic designer, I design and build websites, multimedia programs and other things that might be considered “art” in some ways. I know what it’s like to spend a lot of time and effort to create something. I know how I work over and over to get things to be what I consider just right. I know how I keep coming back to something trying to make it better. I know how good it feels when I get it to the point where I’m really proud of it. And I know how it feels when someone else then looks at it and starts tearing it apart, criticizing it, pointing out what they see as imperfections and problems. So, I can imagine how a musical artist might feel when they pour so much into writing, performing, mixing, mastering and perfecting an album, only to have listeners pick it apart.

On the other hand, that’s the nature of making art. Art is a very personal, selective experience and each of us interpret, absorb and judge it according to a million different influences. If you can’t handle criticism you should not be making art. My friend Grant (a writer and critic by profession) considers it part of his job to help weed out the ones who can’t handle criticism. There are a lot of people out there making just plain bad music and if they can’t handle having that pointed out to them they should be doing something else. As I’m sure you can tell if you’ve read any other of my postings, I’ve got no problem criticizing music. I just don’t like to criticize the music of my friends. At least not in public. One of the things I’ve learned spending time with and around musical artists is that they almost always consider their newest album to be the best one they’ve ever made. Which when you stop to think about it is just plain ridiculous. Every artist is going to have ups and downs, ebbs and flows. But I’ve never heard a single one say, “Yeah, my new album’s pretty good, but it’s not as good as the one I made six years ago.” Of course, whether they’ll admit it or not, as time passes I’m sure most artists are able to put their catalog in perspective and recognize the albums that really are better than others. But not when it’s new. And it’s a sad reality (that very, very few are ever able to admit), that most artists make most of their best albums during the first ten years or so of their career. Certainly there are exceptions, but they are rare. I dare anyone to try and argue that the vast majority of Neil Young’s best albums were not made in the 70s. That Bruce Springsteen has made any albums near as good as his first seven. The Who, The Rolling Stones, The Kinks, James Taylor, Joni Mitchell. Etc., etc., the list is almost endless. Artists often ask you to tell them what you “really think” of an album. But I don’t think many (if any) of them really mean that. Well, they mean it if you like the album. They don’t mean it if you don’t.

However, all that said, I’m willing to make a few exceptions with my rule of not writing about friends from time to time in this blog. This album is certainly an exception I am more than willing to make. However, this album presents yet another difficulty. In addition to considering Eric Taylor a dear friend I also worked with him. When I was doing A&R for Koch Records I signed him to the label and we released this album. Later I signed him to another label I was working at, Eminent Records, and we released his next album, Scuffletown. So, I am obviously hopelessly biased when it comes to Eric Taylor and this album. Whatever. It doesn’t change what I think of this music, how it affects me and the part it’s played in my life.

Eric’s music is usually fairly sparse. Often times it’s just Eric on guitar with some piano or organ, a bass and maybe some light percussion. A violin or horn might pop up from time to time, but those instances are rare. There’s sometimes someone like Denise France or Susan Lindfors on backing vocals. Eric is a genius at weaving a mood and a spell out of a minimum amount of instrumentation. He’s one of those songwriters where the songs themselves are so damn good, so spellbinding, he doesn’t need a big full blown production. Eric is also one of those rare songwriters that is able to write both exceptional lyrics and melodies. Eric produced Resurrect himself and he does a brilliant, and I do mean brilliant job. The musical setting he places each song in is simply flawless. Every single song on this album is a small treasure. Personally, my favorite, by far, is “Comanche.” It’s a slow, seductively simple (or so it appears at first) song about the affect one person can make in another’s life. But every line is pure poetry (even the one where he says “I think that poetry and jazz are lies”). And I love how the chorus ends musically unresolved. Just like life and love. “Two Fires” and “Texas, Texas” are also two of the finest songs Eric has ever written. I could say something about each and every other song on the album, but let me just reiterate what I said before: they’re all small treasures.

Eric released his first album, Shameless Love, in 1981 on Featherbed Records. I could be wrong, but I believe it was the only album issued on that label. I somehow acquired the album at the time, but it was not one I ever listened to. I know it might seem strange, but I’ve got way more albums than I can ever listen to. Many things sit on the shelves and then one day finally get their due listen. I imagine that when I die there will be a lot of albums that never got their chance. No way around that, there’s just way too much music out there. I didn’t hear of or about Eric again until 1995. He made a self-titled album for an Austin based label, Watermelon Records. Now, I’ll be honest here. I was running a small Austin based label myself at the time, Dejadisc, and while the owners of Watermelon were friends of mine, they were also competitors. So, listening to their releases wasn’t always my biggest priority. I was, however, interested in the Eric Taylor album. It contained some truly fantastic songs, especially “Hemingway’s Shotgun” one of my all time favorite songs by anyone. The production by Mark Hallman, a well known Austin producer was very good. But, I found it to be just a little too “smooth.” Eric, his songs, and his music have a very ragged edge and I felt that was being toned down by the production, maybe in hopes of appealing to radio and other mass audiences. That’s just one more thing I love about Resurrect, the production. It suits Eric’s songs and music much better. Exquisitely simple. Production can often be about what you don’t use as much as it is about what you do use. It takes a real talent to know what to “leave in and what to leave out.”

Eric made Scuffletown for Eminent Records in 2001. It was a fine follow up to Resurrect and contains some more terrific songs. He’s since released two more fine, fine albums on his own label, The Great Divide (2005) and Hollywood Pocketknife (2007).

Eric Taylor is not famous. He’s never been widely recognized for the talent he is. Many artists are not. My record collection is full of them. The fact that he influenced so many young Texas songwriters in the 70s and 80s is almost forgotten (except of course by those songwriters). The fact that some of them (Nanci Griffith and Lyle Lovett especially) have recorded his songs and tried to spread the word about him to a larger audience is admirable. But, in the end, none of that really means much to me (though I’m sure it does to him). To me he’s just a guy I know (who can be downright sweet or a complete jerk) who writes and sings some of the best songs I’ve ever heard. I don’t see or talk to Eric much these days. That’s more my fault than it is his. I’m very bad at keeping in touch with people. I tend to live in my own little world doing my own little things and I don’t make the effort to reach out to people who are important to me as much as I should. At my age I’ve come to accept that as just part of who I am. But it’s such a great thing to know I can always throw on an Eric Taylor CD and it’s like he’s right here in the room with me.