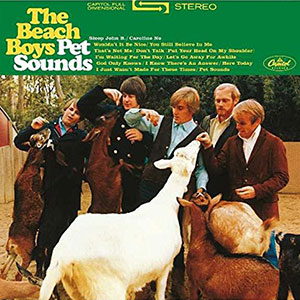 I grew up in Southern California. But, I’ve never been surfing, not even once. There’s a lot more to Southern California than just the “surfing/beach party” impression that many people have of it. My family moved to Lancaster, a small town in the Mojave Desert, when I was about three or four. It’s less than a ninety-minute drive from Lancaster to the golden beaches of Santa Monica, Venice or even Malibu. But in almost every way possible it seemed like a million miles away to a kid growing up there in the sixties. Lancaster is flat, desolate, windy and barren. Some people find beauty in the desert but it’s not easy for me to see. I spent too many formative years there, bored, restless and dreaming of the excitement and adventure that I knew must surely exist somewhere else. Lancaster has grown a lot in the last 40 years, but back in the sixties it was a world away from the glamour of Hollywood, the hustle of Los Angeles or the surf culture of Topanga Beach.

I was only six years old when The Beach Boys had their first hit with “Surfin’ USA.” I’d hear some of their songs on the radio now and then growing up, but they never made much of an impression on me. I don’t think I owned a single Beach Boys album until I was well into my twenties when I picked up a copy of Endless Summer, their 2 LP greatest hits collection. But that was about as far as my interest in The Beach Boys went. Sometime in 1990 Capitol reissued Pet Sounds on CD with three bonus tracks and extensive liner notes. I figured it was about time I spent some time with this “classic” album I’d always heard so much about so I bought a copy. The first thing I realized was that I had heard more of this music than I thought I had. The opening track, “Wouldn’t It Be Nice,” as well as “Sloop John B” were, of course, radio staples (be it on AM in the sixties or Classic Rock FM in the eighties and nineties). “Caroline, No” and “God Only Knows” were also quite familiar to me as were some of the other songs. Still there was a lot of new music on the disc that I hadn’t really listened to before. I spent a lot of time listening to it, and I’m sure it will come as no surprise to anyone who’s familiar with the album, the more time I spent with it, the more I heard and the deeper I got into it. It truly is one of rock’s greatest triumphs and a record unlike anything else I’ve ever heard.

It’s said that Brian Wilson was inspired to create Pet Sounds by the 1965 US release of The Beatles’ Rubber Soul album. That album was the first that Wilson had ever heard where he felt like the songs belonged together, that the whole thing was one coherent piece of musical art, not just a collection of ten or twelve random songs thrown together for sales purposes. In turn the writing and production on Pet Sounds, mainly the rich, sumptuous, almost symphonic sound that Wilson meticulously crafted with layers and layers of vocals and instrumentation is said to have inspired The Beatles to create Sgt. Pepper’s Lonely Hearts Club Band. It’s also been reported that Wilson basically made Pet Sounds as a solo album, with the rest of the band lending a hand only on the multi-tracked vocal harmonies. The first single from the album, “Caroline, No” was even released under Wilson’s name, not the band’s.

Pet Sounds marked a distinct departure from the Beach Boys’ albums that had proceeded it. Party and surfing songs were replaced with introspective, intimate, almost confidential ballads full of longing, confusion and emotional uncertainty. Rock ‘n’ roll was, for the most part, replaced with grand, extravagant pieces of luxurious, at times almost classical, music. There were even two instrumentals (“Let’s Go Away For Awhile” and “Pet Sounds”), a little odd for a “vocal” group. “Wouldn’t It Be Nice,” the lead off track, is a glorious, vibrant piece of buoyant optimism that provides a perfect bridge from the Beach Boys’ earlier sound to Wilson’s new vision. Whether intentional or not, it’s almost as if Wilson is tipping his hat to the past as he prepares us for what’s to come, hoping to dampen the shock a little bit. From there we head straight into the melancholy heart of Pet Sounds with “You Still Believe In Me,” “That’s Not Me” and especially “Don’t Talk (Put Your Head On My Shoulder).” Every time Wilson comes close to a song that might not have seemed out of place on an earlier Beach Boys album he pulls back at the last moment. Listen to “That’s Not Me” and you can clearly hear how Wilson could have very easily taken the song in a different direction and turned it into a typical “pop” gem. Instead, he pulls in the reigns and gives it a much more understated feeling. In downplaying the “Top 40” nature (that he could easily have followed) he creates a song that stands as a true testament to the evolution of a master songwriter.  Same thing with “I’m Waiting For The Day”. Just when you think the chorus is going to open up into a typical sixties pop nugget, Wilson turns the whole thing around. I just love those drums that only seem to appear between verses. “Sloop John B” was the biggest hit from the album in the US, while in England “God Only Knows,” surely one of the most achingly beautiful pop songs ever created, was a number 2 smash (it only reached number 39 in the States). “I Know There’s An Answer” and “Here Today” are as close as the album comes to the uptempo, rocking numbers from years gone by. But the real soul of the album lies in “I Just Wasn’t Made For These Times” a song that uncannily prophesies Wilson’s subsequent withdrawal from society. “Caroline, No” is the perfect, plaintive summation of everything that came before it. From start to finish, it’s every bit the masterpiece most critics and listeners refer to it as.

Pet Sounds has been reissued over and over since it first appeared on CD in 1990. Capitol released a four disc box set (The Pet Sound Sessions) in 1997, a mono version/stereo version disc in 1999 and a two 40th Anniversary Editions in 2006. I think there may have even been one or two other versions in there somewhere as well. All the “extra” tracks, the bonus material, the session snippets, the instrumental beds and everything else are great, but when you get right down to it, it’s really the thirteen songs from the the original album that matter most. If you have those, you have the stuff that counts.

Pet Sounds was the first Beach Boys album to fail to reach Gold Record status upon it’s release. While it certainly couldn’t be considered a failure at the time, it was also not considered the masterpiece it is revered as today. It was only in the following years that Wilson’s innovation and creativity was truly appreciated to the point where it’s now considered one of the classic rock albums of all time. And it’s interesting to note that Pet Sounds just keeps moving higher and higher in stature among critics and listeners as the years go by. In the 1978 poll it was number 12, in 1987 it was number 8 and in 2003 it had risen all the way to number 2. (See my post about Sgt. Pepper’s Lonely Hearts Club Band for more information on these three polls.) I guess I’m not the only one who came a little late to the party.