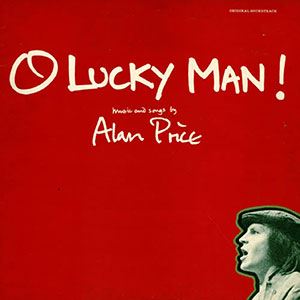 I went to high school in Quartz Hill, California, a small town in the Mojave desert, about an hour north of Los Angeles. I actually lived in Lancaster the next town over. But, as Lancaster grew the school system couldn’t handle all the students so some of us who lived on the west side of town were shipped over to Quartz Hill. I hated growing up in the desert, a place I considered desolate, forlorn and altogether lacking in everything I was interested in. My friends and I would escape to Los Angeles at every opportunity. Whether it was to hang out at the Troubador listening to music or to catch one of the new movies that you could only see in LA, we would pile into someone’s car and head south almost every weekend (sometimes even on weekday nights if we could get away with it). I grew up loving movies and would see as many as I possibly could. One of my high school teachers had a film class (very unusual at the time) and we would watch, study and analyze 16mm prints of movies like On The Waterfront, Lust For Life, North By Northwest and countless others. I began to follow film directors the same way I followed musicians. Sam Peckinpah and Stanley Kubrick were my favorite directors. I remember going to see A Clockwork Orange for the first time in 1971. I was positively enthralled with the film. I’d never seen anything like it. One of the most impressive things about about the movie was the performance of Malcolm McDowell as Alex, the anti-hero of the film. It was a truly memorable roll and it launched McDowell on a career that is still going strong today.

After A Clockwork Orange McDowell’s next project was the Lindsay Anderson film O Lucky Man. How it is that the soundtrack to this movie came to be a small favorite of mine I really can’t remember. To this day I’ve never seen the movie and have no idea what it is about. For the most part I don’t listen to soundtracks. I have a few here and there, but there’s usually a very distinct reason why I might have (and listen to) a particular soundtrack. For some reason I can’t explain I’ve always loved My Fair Lady. It’s the only “Broadway” show or film soundtrack I’ve ever owned or listened to. But O Lucky Man is not a typical soundtrack. When you get right down to it it’s basically a singer-songwriter album that just happens to contain of collection of songs that were used in a movie. It holds together completely on it’s own and completely apart from the film. I really don’t remember how I first came to hear it, but over the years it’s acquired a noteworthy (if small) place in my collection.

I’ll also admit that I don’t know a lot about Alan Price (who composed and performs all the songs), besides the fact that he was one of the founding members of The Animals (that’s him playing organ on “House Of The Rising Sun”) and appears briefly in the Dylan movie Don’t Look Back. I don’t have any other albums by him. The only Animals album I have is an import collection titled A’s B’s & EP’s, a collection of their singles covering the time period from 1964 to 1966. They were just a bit before my time and I’ve never gone back to dig deeper into their catalog. I know Price made some other solo albums that did much better in England than in the States. But though I’ve enjoyed this soundtrack album for many years I’ve never been drawn to seek out any of his other releases. I really have no idea what else he’s done in the last 30+ years or if he’s still making music today.

The album consists of ten songs, two of which are short instrumentals (“Pastoral” and “Arrival”). The other eight songs range from the title track (of which there are two versions, one to open and another to close the album), a short, driving rocker about the difficulty in finding truth, knowledge and enlightenment to “Justice” one of the more “theatrical” sounding pieces. Price’s songwriting throughout is something of a cross between early Randy Newman and Village Green Preservation Society Ray Davies. “Poor People” and especially “My Home Town” would sound right at home on one of Newman’s first few albums (it’s not surprising since Price did have a hit in England with Newman’s “Simon Smith And His Dancing Bear,” one of the earliest successful covers of a Newman song). “Look Over Your Shoulder” is a spirited, good-time, number about the fleeting nature of success and happiness while “Sell Sell” is a gritty, bluesy ode to the reality of making it a working class world. Throughout the album Price deals with themes related to employment, getting ahead and searching for answers in a mostly confrontational world.

This album was almost completely ignored in the US when it was released in 1973, though it did score a nomination for Best Original Score at the Golden Globes. How it managed to get released on CD in 1996 through the Warner Archives series is a mystery to me considering how many other truly great albums in their catalog remain unissued. It’s since gone back out of print, but was just reissued again in July 2008 by Collector’s Choice. Clocking in at just over 25 minutes it’s a remarkably short album, even by soundtrack standards. It’s a shame that the CD reissues weren’t able to come up with some additional tracks (outtakes, alternate takes, instrumental passages from the film) to fill it out a bit. It’s certainly not one of my very favorite albums. It probably wouldn’t be included in my Top 200 (though it would probably make my Top 500). Nevertheless, it’s an endearing collection of tunes and one that always seems to leave me with a smile when it’s finished.