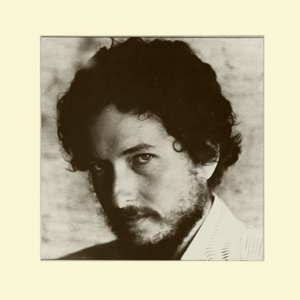 I try to go to France at least once a year. If there are such things as “past lives” I think I must have lived in France during one of them. I just can’t explain why I feel so at home there, so connected, but I do. It’s like being home. I first went to France when I was 18. I had dropped out of my second year of college, took what was left of my student load and bought a plane ticket to London. I think I had about $150 when I landed. I spent a couple of weeks hitchhiking around England and then headed over to the “continent.” Eventually I landed in Paris staying in a cheap youth hostel. I spent a few months there before coming back home. I used to dream all the time about being in Paris and France. It was actually 20 years before I made it back, on my way to a music convention in Berlin. Since then I’ve gone over almost every year. For awhile, when I worked for record labels, it was to attend the MIDEM convention ever year in Cannes. Then five years ago my friend Les and I went over for a two week cycling trip and we’ve since gone back three more times. I’d move to France in a second if only my wife would agree, but it seems I’ve married the only woman in America who isn’t interested in living in Paris.

When I was in Paris last year I picked up a book titled Bob Dylan Album File & Complete Discography. I’m always interested in Dylan books and this was one I hadn’t seen before. Turned out it was only published in England, so I figured I might as well grab it. It’s the size and shape of a CD, though much thicker. The author goes through each Bob Dylan CD and writes about the album and the songs. He give notes about the recording process, stories, his take on the songs, etc. It’s nothing new, this stuff has been gone over dozens of times, but it is a interesting little book. So, I’ve been making my way through the book, listening to each album (in chronological order) as I read what he has to say. Today it was time for New Morning.

New Morning is one of those Bob Dylan albums that never quite seems to get the respect or attention it deserves. It’s not that it’s generally regarded as a “bad” album (like say Under The Red Sky, Knocked Out Loaded or Down In The Groove), it just kind of falls through the cracks. In 1993 Sony began reissuing the entire Dylan catalog, remastering the albums and releasing them as hybrid CD/SACD digipaks (usually with a few unreleased photos). The first batch contained fifteen albums, apparently what SONY and/or Dylan considered to be the best of his catalog. New Morning was not one of them. We’re still waiting for the second batch. It’s probably never coming as SACD is dead in the water. There is still hope the remaining albums will be remastered and reissued, though some fans and collectors think it might not happen. With Dylan, you just never know.

New Morning was released in October 1970, just four months after the disastrous reception that Self Portrait received. Some say Dylan was so stung by the scathing reviews for Self Portrait that he immediately felt he had to get something else out into the marketplace to redeem himself. I have no idea whether this is true or not, but it’s actually quite a fine CD, and it certainly did help to reestablish his reputation after Self Portrait. The opening track, “If Not For You” was co-written with George Harrison (who actually released a version of the song on his own album, All Things Must Pass, before New Morning even came out). It sets the mood for the album: cheerful, satisfied, fulfilled, warm and happy. This is as close to a “family” album as Bob Dylan ever came, said to be written and recorded when he was the most content with being a husband and a father. As we all know, that period of contentment didn’t seem to last too long. But New Morning is full of songs about comfort, peace, tranquility and general domestic bliss. Standout tracks include “The Man In Me,” “New Morning,” “If Not For You” and “Three Angels.” The title track is especially cheeful and energetic with Bob proclaiming how happy he is “just to be alive on this new morning with you.” Dylan did, however, take a few left turns with tracks like “Winterlude” and, especially, “If Dogs Run Free” (which is probably one of the most detested songs in his catalog. “Father Of Night” seems almost a decade early preview of his Christian conversion. “Three Angels” is more a spoken poem set to music than a song. With it’s swirling organ and background vocals it’s just one or two steps away from something Hank Williams could have done.

After New Morning Dylan was enticed by David Geffen to leave Columbia Records (his long time record label) and sign with Asylum Records where he released Planet Waves and the live Before The Flood (from his 1974 tour with the Band). The story is that Columbia was not about to let him go without a fight and to show him what was coming if he continued this route they released the famous Dylan album, a collection of ten outtakes from the New Morning and Self Portrait sessions. It’s an album whose only function certainly seems to embarrass Dylan. It’s generally regarded by many to be unlistenable (though it’s not that bad). Sure, enough Dylan was back on Columbia for his next release, Blood On The Tracks. And, before too long Dylan was out of print. Today it’s the only Bob Dylan album ever released that is not available on CD. Blackmail plain and simple? Sure seems that way.

An alternate version of “If Not For You” from a full day’s session with George Harrison was released on The Bootleg Series Volumes 1-3 box set. But the real treats, if you can find them, are alternate versions of “Went To See The Gypsy,” “If Not For You” and “Sign On The Window” from the bootleg The Third One Now: Genuine Bootleg Series Volume Three. All three songs are dramatically different than the released versions and show completely different sides of the compositions. “I Went To See The Gypsy” is much slower, much more dramatic, just Dylan, a bass and a piano. It’s beautiful. “If Not For You” is also much slower, this time with a very prominent, almost symphonic, violin. Dylan sings each line with real passion, much more seriously than on the official version. It’s quite stunning. “Sign On The Window” adds dramatic strings (and a harp!) throughout, to mixed results.

New Morning may not be one of Dylan’s best albums, but it’s certainly worthy of a place on any music lover’s CD shelves. With Dylan almost every album has it’s own distinctive sound, feel and vibe, different from any of the others. This is no exception. I find something new almost every time I listen to it.