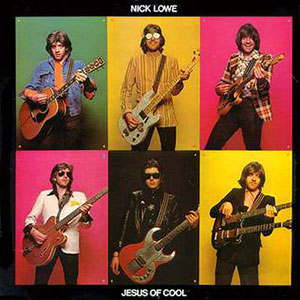 Similar notes as with my list of 10 Favorite New Albums of 2008:

1. These are my “favorite” reissues from the past year. I’m sure there are some I missed, but these are the ones I spent the most time listening to and was most thankful to see released, for one reason or another.

2. It’s interesting to note that of the thirteen albums listed here, four consist of completely new “previously unreleased” material (Hank Williams, Stephen Stills, Neil Young and Simon & Garfunkel). The other nine consist of “new” versions of rather well known albums that have been easily available on CD for many years. There are still tons of albums that have never been reissued on CD. There are just as many that were available on CD for a short time or in some foreign country, but are impossible to find. We seem to be seeing less and less reissues of those types of albums. I think the major labels have basically decided that everything worth releasing has been released. There are still a few labels, such as Collector’s Choice, Wounded Bird, American Beat and Raven, who are actively releasing albums that have never been on CD before, but they seem to be getting fewer and fewer.

3. They are pretty much in order.

1. Jesus Of Cool by Nick Lowe
Simply superb. Yep Roc did absolutely everything right. Beautiful packaging, bonus tracks galore, etc., etc. The blueprint for how to put together a great reissue. Not to mention the classic music contained therein. It doesn’t get any better than this for those of us who love a good reissue.

2. Warren Zevon by Warren Zevon
His first, and best, album. It sounds terrific and the extra disc of outtakes, alternate takes and live performances, while not revelatory, is a welcome addition to the catalog.

3. The Unreleased Recordings by Hank Williams
A very flawed release. Still, you can’t deny the importance, power and just plain magic of this music. 54 new live performances from Hank Williams, never before officially released. Wonderful stuff. Williams recorded this material for a radio program that ran for 15 minutes on weekday mornings. He performs some of his best known compositions, along with lots of covers and traditional gospel songs. However, it’s almost unforgivable the way the songs have been edited from the complete performances. I have a fifteen disc bootleg set of the entire surviving radio shows and the between song conversations, jingles, intro and outros add so much to these performances. I realize Time Life was trying to make this material as accessible as possible to the general public, but really, it’s the true fans who are going to buy something like this and they would have been so much better served by the complete performances.

4 & 5. Tumbleweed Connection & Elton John by Elton John
Tumbleweed Connection is my favorite Elton John album. Just wonderful from beginning to end. Very different in many ways from everything he did before and after. The music sounds better than ever and a bonus disc includes a ton of rare and unreleased demos, outtakes, etc. I bought this album on 8-track, I bought it on vinyl, I  bought it on CD, I bought the “remastered” CD and now I’ve bought this. I don’t know what else they can come up with, but chances are I’d probably buy another version if they put one out. His self-titled “faux” debut is a true classic and the beginning of an amazing run through the seventies. My first exposure to Elton John, when I was 15 years old. Like Tumbleweed Connection the bonus disc is full of great unreleased material.

6 & 7. Tea For The Tillerman & Teaser And The Firecat by Cat Stevens
It’s hard to overstate how important these albums were at the time of their release. Finally given the “Deluxe Edition” treatment with a bonus track full of unreleased material on each. One of the first concerts I ever saw was Stevens at the Greek Theatre in Los Angeles. I never got over it. This period was a high water mark that he never equalled again.

8. Just Roll Tape by Stephen Stills
Just Stephen alone with his guitar in the studio in early 1968 putting down songs, one after another. This was truly a time when Stills could seeming do no wrong. Even the throwaway songs are great. This is the kind of stuff that no one ever thought would see the light of day, least of all Stills as he was recording it. A fan’s dream come true.

9. Songs For Beginners by Graham Nash
Crosby, Stills & Nash, as a group, as various duos and as solo artists, released an amazing amount of great material during their peak run from 1969 to 1977. Each made a simply stunning debut solo album, but this one is my favorite. I listened to it non-stop when it was released. Nash went back and remixed the entire thing and it sounds fantastic. The only disappointment is the lack of any unreleased bonus material. No outtakes, no unreleased songs, nothing. Instead, we get an extra disc with DVD audio, an interview with Nash, a photo gallery and lyrics.

10. Sugar Mountain – Live At Canterbury House 1968 by Neil Young
The third release in the “Neil Young Archives Performance Series,” this is a great show from November 1968, the earliest solo live material we’ve seen officially released to date. It’s just Neil and his guitar playing Buffalo Springfield songs and others that would appear on his first solo album. He sounds oh so young and innocent. It’s great stuff and I hope he continues to release more of this type of material. His Archives, Vol. 1 box set that he’s teasing us with for almost 20 years (!)  has been delayed once again. It’s supposed to be released on February 24th right now, but that has changed so often no one really believes it. With a $431.99 list price (I kid you not) it’s hard to say how many people will actually buy it, even when it’s on sale at Amazon for $323.99.

11. Tapestry by Carole King
Another “Legacy” edition. Another classic. The album that launched the singer-songwriter craze of the early seventies. Another album I’ve bought over and over again. The bonus disc includes solo live performances of all but one track from the album, all recorded in 1973 and 1976.

12. This Years Model by Elvis Costello
As good as My Aim Is True was, This Years Model was a huge leap forward for Costello. The band was red hot, Nick Lowe’s production was spot on and Costello was at the top of his songwriting skills. This record has so much power, it just snarls from the speakers. Even though this has been rereleased twice already (Ryko and Rhino) this version boasts a near perfect bonus disc, a complete concert from Washington, D.C. in February 1978 (along with ten demos, alternates and outtakes). I saw Costello on this tour in Houston. He came out, tour through 15 or 20 songs non-stop and split, leaving everyone dazed. The proverbial “angry young man” never sounded so good.

13. Live 1969 by Simon & Garfunkel
I grew up listening to Simon & Garfunkel. They were one of the very first “groups” I fell in love with. I saw Simon as one of the true poets in pop music (and still do). They were at the end of the road when this was recorded and it’s a fine document of their live shows in 1969. A great band and every song is a classic. I only wish the labels would turn loose of more of this kind of material from other artists.