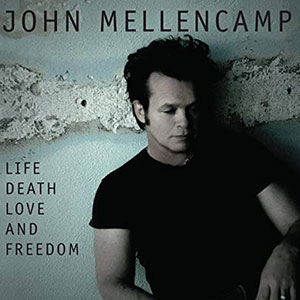 In 1976 I got the job I had been looking for over the past few years: working at a real record store. I’d worked for The Wherehouse, a record chain in California, but not in an actual store, I was in the warehouse and it wasn’t quite the same. I’d worked very briefly at a tiny little store in Key West, Florida called The Tape Ape, but it was too too small to really mean much. I’d tried for almost a year to get a job at one of the record stores near the campus of Syrcause University when I lived there, but was never able to. Finally, after I ended up in Austin, Texas I got a job at Disc Records in Highland Mall. For me, this was nirvana. A real record store. Not too long later the manager of that store and I transferred over to another store in town, Zebra Records. Zebra was also owned by Disc Records, but it was a “stand-alone” store, not located in a mall as all of their other stores were. It was, in fact, the coolest record store in town and I was the assistant manager (I can’t tell you how much that meant to me at the time). About a year later I was offered a promotion to move to Houston and become the manager of the Disc Records store in The Galleria Mall. I had reservations about moving from Austin to Houston, but I couldn’t pass up an opportunity like that. As the store manager I also began to attend the annual company convention that Disc Records held each year. This was my first real introduction into the “politics” that existed between the labels and the record stores. Most of the major labels would “sponsor” certain “events” at the convention. And, of course, they always had an act or two to push. The vast majority of these acts never amounted to anything, but occasionally one would break through. One year they were pushing a new guy named John Cougar. He had a new album with a song they were certain would be a smash hit, “I Need A Lover,” but I wasn’t too impressed. I think the song did actually make a little noise and hit the Top 40 (Pat Benatar would also mine the song for an AOR hit a few years later). It took two more albums and then Mellencamp really did break through with his first monster hits, “Jack And Diane” and “Hurts So Good.”

I didn’t follow Mellencamp much until the release of Scarecrow in 1985. Sure, I’d heard the other hits like “Pink Houses” and “Authority Song” on the radio, but they didn’t interest me enough to buy or listen to an entire album. All that changed dramatically with Scarecrow, one of my very favorite albums from that year. I think it was seeing Mellencamp perform “Rain On The Scarecrow” on Farm Aid that turned me around and got me to go out and buy the record. The follow up album, The Lonesome Jubilee, was also a regular on my turntable. But then I began to lose interest again. Big Daddy, Whenever We Wanted, Human Wheels, Dance Naked, Mr. Happy Go Lucky, Mellencamp kept putting out albums and I’d find one or two songs to like on each release, but as a whole the discs just weren’t connecting with me like the earlier stuff had. Towards the late nineties I stopped buying his records altogether.

I have to say right up front that it was the fact that T. Bone Burnett produced this album that inspired me to order it from Amazon (well the fact that I could get it for $9.99 didn’t hurt either). This is Mellencamp’s strongest release in almost twenty years, due in equal parts I think to an outstanding collection of songs, flawless production from Burnett and what seems like a reinvigorated and revitalized passion in Mellencamp’s performances. The term “comeback” album gets thrown around way too much, but if ever there was good cause to use it, it’s here. Whether it’s the influence of Burnett, a natural progression of Mellencamp’s continuing development as a writer and performer or a combination of both, Live Death Love And Freedom is a truly outstanding piece of work. It’s not the kind of “rock” album Mellencamp is most famous for. Almost all of the songs utilize a full band (including electric guitars, drums, bass and organ) but for the most part everything sounds quiet and dark, even slightly menacing. The songs themselves reflect a maturity and insight that only comes with age and experience, though these songs are much less about answers then they are about the journey. This is a long, long way from the swaggering and bravado of “Hurts So Good” or “Authority Song.” It’s actually the kind of stuff Mellencamp touched on briefly in “Minutes To Memories” on Scarecrow, where he told the story of an old man sharing hard earned wisdom with a younger Mellencamp who couldn’t quite grasp the old man’s “vision.” Things have come full circle now, roles have been reversed and Mellencamp finds himself as the elder statesman. “This getting older, well it ain’t for cowards,” he sings and throughout the album he makes that the central theme. From start to finish Mellencamp is consumed (even obsessed) with death, dying, loss, disappointment and, in the end, acceptance and redemption.

“Longest Days” sets the mood for the entire album with a simple acoustic guitar and Mellencamp singing quietly about life, changes, death and disillusionment. “Nothing lasts forever and your best efforts don’t always pay, Sometimes you get sick and you don’t get better,” he sings. It’s one of the most direct, powerful songs Mellencamp has written in a long time. Things are balanced out immediately, both in the music and the lyrics in the gentle “My Sweet Love” a tribute to the power of an enduring relationship and romantic love that can transcend everything else. “If I Die Sudden” is the kind of song Mellencamp might have written twenty years ago during his most fertile period. If it had appeared on Scarecrow or The Lonesome Jubilee it would probably have been rendered as a flat out rocker. Here Burnett infuses the song with a sense of ominous tension (that fits perfectly with the lyrics) using understated drums as well as spooky guitars and organs.

The centerpiece of the album, the song which all the others seem to revolve around, is “Don’t Need This Body” a down to earth contemplation on the end of life. Mellencamp acknowledges all the years gone by, the “washed up and worn out” body and the “ten million hours” put in and finds a worthwhile reward at the end knowing that he loved and was loved. “A Ride Back Home” may be the most easily accessible song on the album, an straight-forward plea for inner peace and an end to the troubles of mortal life.  There’s also a “political song”, “Jena,” and a great little “I’m dead now and writing this” story song in the grand tradition of “El Paso,” “County Fair.”

The album closes the way it began. “For The Children” is a quiet, reflective look at the extensive questions and mysteries of life, many of which seem to go unanswered no matter how old we get. But there’s a sense of contentment here that breathes hope and faith into the lyrics. Finally, “A Brand New Song” provides the perfect bookend to the opening despair of “Longest Days.” Mellencamp pulls all the themes he’s explored over the course of the album into one parting affirmation of life. He may not have found the answers he was looking for, he may not have seen all the dreams come true, but in the end he has found peace and purpose in the transitory nature of life: “Life is always in motion, and there’s new people to count on, Here you may find a purpose and sing a brand new song.” Acceptance of the inherent qualities of life, whether we like them or not, he seems to be saying, may be the only way to fully embrace it and cherish it for what it is. A perfect end to remarkable new album.

As a side note it’s interesting to point out that the CD version of this album ships with a second disc, the same album on a DVD using a “new system” to create high-definition audio. Developed by Burnett and his team of engineers the system is named “CODE” though they represent it in Greek letters that I can’t really duplicate here. The claim is that with this disc we’ll hear the music “with a resonance, depth, and presence that is unprecedented in the digital age.” Well, OK. It’s hard to believe they’re going to get very far with this, but you never know. DVD Audio went nowhere fast and SACD went nowhere even faster. In this age of MP3 players the vast majority of listeners are simply not interested in super, high quality audiophile technology. While there may be a very small, dedicated, obsessed core of audiophiles who do appreciate this technology I just don’t think it’s going have much impact. Consumers seem very slow to embrace the transition from DVD to Blu-Ray and for most people that’s an even easier leap to make being that it’s visual. Still, it’s nice that they included the extra disc at no additional cost.