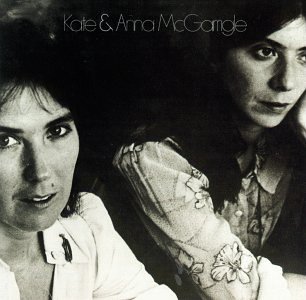 Linda Ronstadt gets a bad rap in my opinon. Apart from the extraordinary run of superb albums she released in the mid seventies, she was instrumental in furthering the career of numerous fledgling artists and songwriters. Her self-titled album from 1971 featured a group of musicians who would soon be known as The Eagles. She was a huge influence on other female artists like Emmylou Harris and Nicollete Larson. She provided crucial exposure to up and coming songwriters like Karla Bonoff and Warren Zevon. Beginning with 1973’s Don’t Cry Now and ending with 1978’s Living In The U.S.A. Ronstadt released six albums that virtually defined the California “folk country rock pop” sound. She had enormous commercial success, with many of her albums reaching Gold and Platinum status. But most important of all, behind all the sales and chart success was one of the most talented singers of contemporary times. Ronstadt is one of the few artists who was always capable of holding my attention even though she didn’t write her own material. I’ve always been drawn mostly to singer-songwriters and other artists who write what they record. Ronstadt was different. Somehow she was able to take almost any song, whether it was a well known standard or brand new gem from some young previously unheard of songwriter, and make it her own. I first discovered a lot of great artists via Linda Ronstadt and for that alone I think she deserves a lot more respect than she gets. Her breakthrough album, and probably the record that best defines her career was 1974’s Heart Like A Wheel. It didn’t differ wildly from what she had been doing previously, but the addition of Peter Asher as producer helped bring everything into focus. Ronstadt sang with passion, force and real spirit and every song on the disc was just perfect. A real masterpiece that I still marvel at when I play it thirty years later.

The title song from Heart Like A Wheel was written by Anna McGarrigle, a name that meant nothing to me at the time. But you had to figure with a song that good we’d probably be hearing more from her. Sure enough the following year saw the release of Kate & Anna McGarrigle on Warner Bros. Quite simply it’s as strong a debut album as has ever been made.  Not only do we get Anna but it turns out she’s got a younger sister, Kate, who’s every bit the songwriter and singer that Anna is. The twelve songs on Kate & Anna McGarrigle (nine originals, one traditional, one by Loudon Wainwright and another by Wade Hemsworth) comprise one of those magical introductions to a new artist that just spins your head around. If ever you need proof that siblings can sing and harmonize together in ways that no one else can, this is it. Their voices blend, mingle and fuse together in some of the most beautiful, intricate, breathtaking palettes of sound one could possibly imagine.

The exuberant, joyous piano riff that begins Kate’s “Kiss And Say Goodbye” encapsulates everything I love about this album. It’s one of my favorite opening tracks ever. It manages to wrap in in three minutes the absolute euphoria and ecstasy of new love in a way that makes me want to sing at the top of my lungs. The song builds to an radiant climax with the exuberant lyrics, “I want to kiss you till my mouth gets numb.” From there it’s straight into class McGarrigle sisters harmonies on Anna’s “My Town.” Throughout the album Kate and Anna take turns with the songwriting and while there is definitely a certain amount of personality in the way they each approach a song, just like with their singing, it’s hard to tell them apart sometimes. And I mean that in a very good way. Their stunning rendition of “Heart Like A Wheel” features only a guitar, a banjo and an organ. And vocals and harmonies that will leave you astonished. There are lighter moments, most notably a dead on take of Wainwright’s “Swimming Song” (how can a song basically about nothing be so damn good?). Other highlights include Kate’s “Talk To Me Of Mendocino,” “Tell My Sister” and especially “Go Leave.”  The French language “Complainte Pour Ste-Catherine” provides a sneak peak into the lovely French Album they would release in 1980. A raucous (well for a folk album anyway) version of the traditional “Travellin’ On For Jesus” featuring Lowell George on guitar closes out the album. Produced to near perfection by the one and only Joe Boyd (along with Greg Prestopino) the album also features musicians Bobby Keys, Tony Rice, David Grisman, Amos Garrett, Andrew Gold and Russ Kunkel.

The McGarrigles never made another album as good as this first one. Don’t get me wrong, they’ve made some great, great albums over the years (1983’s Love Over And Over is my second favorite release from them), but this record set a standard they could never quite reach again. They’re still putting out records, though they seem to get fewer and farther between as time goes by. They’ve collaborated with Emmylou Harris quite frequently in the last decade with songs and performances on her most recent albums. Kate & Anna McGarrigle was first released on CD in 1993 by the Hannibal label (distributed through Ryko). Unfortunately, that CD is now out of print, but it’s still available at a reasonable price as an import from Amazon.com. Finding the rest of their catalog on CD is a hit and miss affair. Some of the older titles are out of print now in the US, but generally you can find most of them as imports. The only album never to be released on CD for some reason is 1978’s Pronto Monto. Kate & Anna McGarrigle is one of my all time favorite debut releases. And every time I listen to it I always think of Linda Rondstadt as well. In fact, I’ll often times pull out Heart Like A Wheel after listening to Kate & Anna McGarrigle. And I’m always amazed at much I still love her version of “Heart Like A Wheel” after hearing Kate & Anna’s.