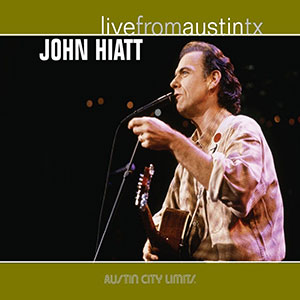 When I moved to Austin in September 1976 Austin City Limits was just getting started. They had filmed a pilot with Willie Nelson in November 1974 hoping to sell the show to PBS. The show aired on about three dozen stations in the spring of 1975, during the semi-annual membership and fund-raising pledge drive. A deal was struck and in late summer taping began for a thirteen episode first year to be broadcast in 1976. Season one was a very “progressive Texas music” affair with regional artists like Rusty Wier, Doug Sahm, Alvin Crow, Marcia Ball, Jerry Jeff Walker and Asleep At The Wheel. The second season, taped in late 1976 and broadcast in 1977 wasn’t much different (though these days it’s an entirely different scene with big name international acts booked quite frequently). I attended the taping of the first show that season, Tracy Nelson and Willie Nelson. I was able to get tickets for several more, including Gove / The Amazing Rhythm Aces and The Earl Scruggs Revue. Tickets weren’t real hard to come by, but you had to work to get them. The local NPR radio station would announce when tickets would be available, people would line up at the studios and wait and if you weren’t too far back in line you’d get some. It was a strictly first come, first served basis. It was rare that tickets for any show weren’t snapped up immediately. However, I do remember one show in 1989. It was Halloween evening and a rare snow storm had hit Austin. Now, it doesn’t take too much snow to shut down a city like Austin. You get an inch or two and everybody closes up shop. Leonard Cohen was taping an Austin City Limits show that night. Tickets were very hard to come by, as Austin is a big Cohen town. But the weather was messing everything up. I was listening to the radio that afternoon and they made a plea: even if you don’t have tickets please try to come down to the KLRU studios (where ACL is taped) to see Leonard Cohen. They wanted to have a full house (it always looks better on TV if there’s a big crowd) and they were afraid the weather was going to keep people away. My girlfriend and I rushed over as quick as we could, made it in, and got to see an incredible performance by Cohen and his band.

Watching an Austin City Limits taping can have it’s ups and downs. On the one hand it’s a very small soundstage so no matter where you’re sitting you’ll have great seats. On the other hand the sound in the actual room is often not that good, as they’re a lot more concerned about the recording itself, not the room sound. And, because it’s a television taping there can sometimes be odd stops and starts while they change tape, fix problems, etc. It can affect the flow and the energy of a live performance. Some artists can handle it better than others. But some of the shows I saw there over the years were just plain terrific. For many, many years I wondered why none of the great music made for Austin City Limits was available on LP or CD. There was an occasional release here and there: a collection of country or blues artists. A few bands liked their performances well enough to work out a deal to release it as an album. Bootleg audio and video recordings of just about every show circulated among collectors for years. I used to try and tape the shows I was interested in and have a small collection. Everything changed in 2004 when ACL struck a deal with the California based New West Records and the floodgates began to open (though not quite as fast, deep or wide as one might hope). Still, it’s a beginning.

I have most of the CDs and DVDs that have been released in the Live From Austin TX series. There are about two dozen CDs and the same amount of DVDs at this point I think. Some performances are available in both formats and some in just one or the other. My favorite of all that I have is the John Hiatt performance from 1993 (it’s available in both formats). I’ve been a Hiatt fan for a long time, well before his big breakthrough album Bring The Family in 1987, which, believe it or not, was his eighth album (and his fourth label). He’s an outstanding live performer, but there’s only been one official live album, 1994’s Hiatt Comes Alive At Budokan? which I never really listened to much. There’s also an “unofficial” live album from 1993, Live At The Hiatt, that was released only through his fan club which I also have. Again, it was fine, but it didn’t really seem to capture the live experience very well. So, I wasn’t expecting a lot when I threw on the Austin City Limits show to give it a listen. Boy, was I surprised. This show is red hot from start to finish. Hiatt, and especially his band, are in excellent form. Hiatt seems especially energized and the set list is top notch. Hiatt is, of course, a phenomenal songwriter, but even he has a few duds here and there. I can honestly say that every song from this show is one of his best.

Recorded as Hiatt was touring to promote his Perfectly Good Guitar album, the show opens with “Icy Blue Heart,” a fantastic slow acoustic ballad from the Slow Turning album. But things kick into a much faster gear immediately after with “Loving A Hurricane,” “Your Dad Did” and the classic “Memphis In The Meantime.” Three of my favorite all-time John Hiatt songs are included: “Buffalo River Home,” “Tennesse Plates” and “Perfectly Good Guitar.” There are numerous other highlights, including a splendid version of “Angel” and a graceful performance of “Have A Little Faith In Me.” Hiatt let’s his rambunctious side loose throughout these raucous performances. He had a terrific young band in tow for this tour, The Guilty Dogs, featuring Michael Ward (from School Of Fish) on guitar, Micahel Urbano on drums and Davey Faragher on bass (the same band appears on Hiatt Comes Alive At Budokan?). I think the main reason this ACL album sounds so much better to me is because it’s one continuous performance and the rhythm, flow and energy make the disc something special. Hiatt Comes Alive At Boudokan? is a mixed affair drawn from almost a dozen different venues and performances the next spring. With almost every song coming from a different night it just sounds disjointed. The ACL show is something entirely different and you can hear, feel (and see) Hiatt and band as they build towards a fabulous crescendo.