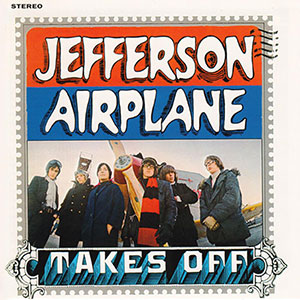 I wonder sometimes about the “times” we are each born into. Clearly some people are just born into the perfect place and/or time. Others are most definitely not. It’s like Jimmy Buffett says about his misplaced character in “A Pirate Looks At Forty:”

“Yes, I am a pirate two hundred years too late
The cannons don’t thunder, there’s nothing to plunder
I’m an over forty victim of fate
Arriving too late, arriving too late.”

I’m pretty happy with the time and place that I was born into. But, I sometimes wish I had been born about eight years earlier. I would love to have come of age during the late sixties in San Francisco. If only for the music scene, let alone the culture, the politics, the city and the people. San Francisco is one of the only two big cities I would ever consider living in (Paris being the other) and what a great place it must have been in the late sixties. I recently bought the new Rhino box set anthology Love Is The Song We Sing: San Francisco Nuggets 1965-1970. As with most of the Rhino box sets this is much more than an anthology of the “hits.” The producers dig very deep into the Bay Area scene from these years and pack 77 tracks on four discs. It’s an incredible treasure trove of material, much of which I had never heard before. The Airplane make three appearances including “It’s No Secret” from this, their debut album, Jefferson Airplane Takes Off.

Marty Balin was the driving force behind the original Jefferson Airplane. The band was his idea. He convinced some investors to put up money to convert a pizza parlor on Fillmore street into a club he named the Matrix for the sole purpose of showcasing his, as yet, unformed band. He recruited Paul Kantner and Jorma Kaukonen, as well as the original female vocalist Signe Toly Anderson. By the time Jefferson Airplane Takes Off was recorded the original bassist and drummer had been replaced by Jack Casady and Skip Spence, respectively. Recorded between December 1965 and March 1966 the album is a mixture of rock and pop, heavily influenced by the blues. Balin, a gifted songwriter, wrote or co-wrote 8 of the 11 songs on the album. “Bringing Me Down” and “It’s No Secret” are both classic little pop nuggets. “Blues From An Airplane” and “Chauffeur Blues” showcase the more rootsy, bluesy side of the band. They do an early version of “Let’s Get Together” which would become a big hit and cultural classic for The Youngbloods a few years later. But, the real gem on this album is “Come Up The Years” a classic Balin ballad that provided a sneak preview into the direction the band would take on their second, and to my mind best, album, Surrealistic Pillow.

There are a lot of similarities between Marty Balin and Gene Clark from the Byrds. Both were the best songwriters in their respective groups. Both left their groups prematurely. Both tried to come back later, with mixed results. You could also make a credible case for the Byrds and the Jefferson Airplane being mirror images of each other reflected through the cultural influences of their respective cities (Los Angeles and San Francisco). This first album is when the Jefferson Airplane truly belonged to Marty Balin. By the time the group’s third album, After Bathing At Baxter’s was released in November 1967 Balin had been pushed aside by Kantner and only one of his songs appeared on that album. Other members of the group, including Kanter and Grace Slick, went on to write some great songs, but none of them were as good as Balin. As far as I’m concerned their subsequent releases suffered noticeably from the lack of Marty Balin songs. Just three short years later, in November 1970, he resigned from the band he created.

RCA released three singles from Jefferson Airplane Takes Off. None of them charted. The album itself only reached 128 on the Billboard Top 200 chart, a disappointment to everyone involved. Signe Toly Anderson left the group shortly after the album was released. The group’s true masterpiece, Surrealistic Pillow, was released just seven months later in February 1967. With the hit singles “White Rabbit” and “Somebody To Love” (brought to the band by Anderson’s replacement Grace Slick) the album was gold by July and the Airplane were well on their way to the iconic status they would later achieve.

Jefferson Airplane Takes Off was reissued by RCA/BMG in 2003 (along with the rest of the early catalog) as part of the Original Masters series. Sadly, it’s an album that is often overlooked in the Jefferson Airplane catalog. The only reason I can see for that is that many people ignore it because Grace Slick was not in the band for this album and she is so integrally a part of everyone’s concept of Jefferson Airplane. But it’s a real mistake to neglect this album. It’s much better than many of the albums the Airplane would release later in the decade. And Signe can more than hold her own against Grace Slick. She’s an excellent singer and I think had she stayed with the band she would have been every bit the key player that Grace Slick went on to become. The remastered version contains nine bonus tracks, including a wonderful version of Billy Wheeler’s “High Flying Bird” with Signe and Marty trading vocals throughout the song. There are also a couple of “uncensored” versions of a few songs and a longer, eight and a half minute, version of the album closing “And I Like It.” There are also two terrific Kanter penned outtakes, “Go To Her” and “It’s Alright.” Jeff Tamarkin, one of the most authoritative experts on the Airplane wrote liner notes. I’ve picked up all of the Jefferson Airplane Original Masters versions and every one of them is well worth having. You may not think of this album when you think of Jefferson Airplane, but give it a spin and see if it isn’t the exceptional disc I’ve come to regard it as.