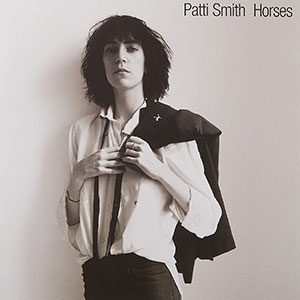 In November 1975 I could not have been more obsessed with music and records. I had just turned 20 years old and was living in Syracuse, New York, far, far from the sunny shores of Southern California where I grew up. I was working in a car wash, making $2.50 an hour, living by myself in a small one bedroom apartment on the top floor of an old house. It was a long, long winter. I remember the first real snow came sometime around Thanksgiving. I literally didn’t see the ground again until sometime in March when the temperatures finally rose above freezing again and the snows began to melt. It snowed over 120 inches that winter. It was a surreal experience for me: temperatures constantly in the single digits or teens, snow piled up high everywhere and me working at a car wash. But it was music, and especially records, that occupied almost every waking hour outside of work. I had bought a cheap little compact turntable system used for $20. I haunted the three main record stores near the University campus. I had several little notebooks that I carried with me at all times. I’d go into the record stores and spend hours (sometimes most of the day) looking through every single record in every single bin. I’d carefully record the title, artist, record label and catalog number of everything that looked interesting to me, in hopes that one day, when I had enough money, I could buy each and every one of them. If you’ve ready this far you won’t be surprised to know that I still have those notebooks. I didn’t have much spare money in those days, but I’d spend almost all I had on albums, buying several each week.

In addition to the record stores I spent a lot of time at the University library reading all the music magazines I could get my hands on. Especially Billboard. It was through Billboard that I got info on all the brand new releases. That fall I started reading and hearing things about this new female artist, Patti Smith. Her record had not been released yet, but there was a big “buzz” about her. I was enthralled with her before I even heard her record. The articles, the interviews, the quotes from her, it all fascinated me. Then one day I was in one of the record stores and someone changed the album that was playing. This was back in the days when stores would almost always play an entire record (or at least one side of it) on the in-store sound system. I knew as soon as I heard the first words, this must be Patti Smith. I had no idea what songs were on the album. I had no idea what her voice sounded like. But as soon as “Gloria/In Excelsis Deo” began to play, I just knew, this had to be Patti Smith. I mean who else could it have possibly been?

“Jesus died for somebody’s sins but not mine.”

I was totally hooked from the very first line of the very first song. The power in those words, the electricity in the music, it was like nothing I’d heard before. The poetry interlaced with the rock and roll. “Birdland,” “Land:Horses/Land Of A Thousand Dance/La Mer”, there was nothing else like it. I bought the album and became a Patti Smith fan for life. Though I think Easter is her masterpiece, there’s a very special place in my musical heart for Horses. I have to admit that her “later” albums (Patti took an extended period of time off from her musical career) don’t reach me like her “early” albums. But the first four albums, along with the numerous bootlegs I have of her live in the 70s can’t be touched. I saw her play live in Houston, Texas in 1978 on the Easter tour. It was one of the best concerts I have ever seen. I got in a big fight with my girlfriendafter the show because she wasn’t feeling well and wanted to leave the concert early and I just adamantly refused to leave until the very end.

In 2005 Arista/Legacy released this “Legacy Edition.” Disc One contains the original album along with the B-side live version of “My Generation” (you bet your ass I still have that original picture sleeve 45). Side two contains a live version of the entire album performed in London in 2005, thirty years after the album was first released. No keep in mind that I already had five copies of this album when the Legacy Edition was released. Three vinyl copies (the original pressing, an autographed version and a colored vinyl French edition) and two CD versions (an original CD and the box set of remastered versions issued in 1996). But, the live disc makes it well worth purchasing this album yet again. Patti, along with three of the original band members from Horses and Tom Verlaine guesting on guitar, tear through the album with a forcefulness and authority that one could hardly imagine could still be possible. It’s a joy to listen to Patti and the boys revisit this classic, seminal album with such exuberance. Highly recommended. Now if only Patti and/or the label would see fit to release some live 70s material.