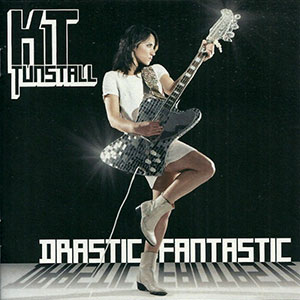 What do I mean by “immediately accessible?” The kind of record you put on and it just connects with you right from the first listen. We all have records like that. The first time I heard Lucinda Williams’ self-titled 1988 album I was hooked. The first time I heard John Stewart’s live Phoenix Concerts album I was blown away. The first time I heard Guy Clark’s Old No. 1 I was a fan for life. Some records, songs and/or artists just hit you like that. But then there are others that seem more like puzzle boxes. You know there’s something there the first time around, but you’re not quite sure what it means. So, you keep coming back and with each new listen the music reveals more of itself to you. It’s like working your way through a series of gates and with each one you see and learn more. Some of these records are my all time favorites. You have to do some work to get to the essence of the music, but in the end it is so worth it. People are like that too. Some people you just connect with immediately and become fast friends. Others not so much. But as time goes by and you get to know each other the bond that develops and grows can be even stronger than those instant connections. Hell, sometimes you don’t even like a record or a person the first time around and then you find later your feelings have changed considerably.

I’m a huge Bob Dylan fan, but I have to admit the first time I heard Blood On The Tracks I didn’t really get it completely. It’s a complicated album. The songs are not your straightforward “pop,” “rock” or even “singer-songwriter” songs. They’re thorny, knotty and yes, tangled. A song like “Idiot Wind” takes multiple listens to even begin to relate to. Thirty years later it’s my all-time favorite album by any artist. The music didn’t change. Must have been me.

Drastic Fantastic was not an “immediately accessible” album for me. Not at all. I had picked up KT Tunstall‘s first album, Eye To The Telescope, back before she broke. I think it was on sale at Circuit City for $7.99 (the label was really trying to break her) and I’d read a good review somewhere, so I decided to give it a try. Shortly after that she even did an in-store at the Border’s bookstore here in Nashville. I wasn’t able to make it to the in-store, but it wasn’t long before “Black Horse And The Cherry Tree” and the seemingly ubiquitous “Suddenly I See” shot her into the limelight. It’s a good album (those are the two best songs) and suddenly she was a critic’s darling with lots of “promise.” Well, second albums rarely seem to fulfill the “promise” that many critics see in a first album. Such seemed to be the case with Drastic Fantastic. It didn’t seem to sell as well as the first album and several reviews I saw were not very good. But, hey, I picked it up anyway. I gave it a listen, and it didn’t really reach me. I didn’t listen again for four months. Just too damn much other stuff to listen to. When I finally got around to giving it another chance it began to open up to me. Now, I’m listening to it on a regular basis and I like it even better than the first album. “Little Favours” and “If Only” just plain rock. “I Don’t Want You Now,” “Beauty Of Uncertainty” and “Someday Soon” grow on me more and more with each listen.

I learned a long time ago to give most records more than one serious listen. I say most. I have to admit there are some that I can listen to once and it’s quite clear they don’t deserve another listen. There’s a lot of really bad music out there. The thing I hated most about doing A&R when I used to work at record labels was the fact that I had to listen to a LOT of bad music which meant that I had much less time to listen to good music. Nowadays I try to listen to a new album at least three times before I shuffle it off to either the library, or if I like it enough, my “current favorites” shelf. Which is where Drastic Fantastic is currently residing.