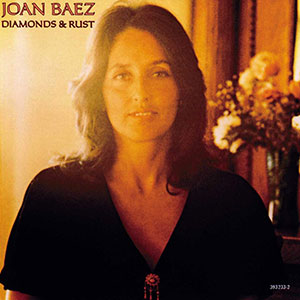 I missed the Rolling Thunder Review by one day. One day. It’s one of the great disappointments of my life. I was living in Syracuse, New York in the winter of 1975. This, of course, was WAY before the internet and email, so news and information didn’t travel the way it does now. I didn’t even have a phone. Dylan and company began their barnstorming tour in late October. They would announce shows just a few days in advance, mostly playing small theaters throughout the Northeast. I’d hear and read about the shows in the news. Were they going to come to Syracuse? No one knew. I asked around alot, people who I thought might know something the general public didn’t know, but there was no info. I didn’t have a car. I didn’t have much money. In November I was renting a room in a house from a crazy old man for $15 a week. I had a friend who was going to school in Oswego, New York which is just under an hour north of Syracuse, situated right on the shore of Lake Ontario. I would hitchhike up to visit her on weekends and days off from work. I hitched up on Tuesday, November 18th to visit see her. As soon as I walked in the door she blurted it out: “We went to see Dylan and the Rolling Thunder Review in Rochester last night!” “What!” I screamed. “Without me?” “We didn’t have any way to get in touch with you, it was a last minute thing, we just found out about it yesterday.” Boy, was I bummed. Still am.

I dare say that Diamonds & Rust is Joan Baez‘s best known album. And for many, her best. It’s the “commercial” album that finally took her “mainstream” after more than fifteen years playing music and making records. She’d been a “star” of the folk movement and had a pop hit with “The Night They Drove Old Dixie Down” in 1971, but this was the album that really took her another step. It’s a remarkable album if only for two songs: the title track and “Winds Of The Old Days.” Joan Baez was never really known as a songwriter. She was an interpreter. And for many years no one was better. She championed Dylan long before the rest of the world caught on, asking him to appear with her on stage and open shows for her. He, of course, dumped her by the side of the road on his jet fueled streak through the mid-sixties. Diamonds & Rust contained two self-penned tunes that were miles ahead of anything she had ever written before (and to be honest, since). Both were about Dylan. “Diamonds & Rust” is, quite simply, a masterpiece of a song. Detailing her relationship (then and now) with Dylan in a powerful, emotional and confessional outpouring, it was like a secret glimpse into one of the most famous relationships of the sixties. Where “Diamond’s & Rust” was personal, “Winds Of The Old Days” put the same relationship into a much grander setting, detailing Dylan’s “defection” from the protest movement (and her). Her excellent version of Dylan’s recently released “Simple Twist Of Fate” tied everything together. Whereas Dylan’s version is all mystery, uncertainty, regret and sorrow, hers is a rollicking, driving, forceful headlong plunge into fate and abandonment. The album also featured fine versions of Jackson Browne’s “Fountain Of Sorrow,” Dickie Betts’ “Blue Sky” and John Prine’s “Hello In There” along with a few other covers and original compositions. A great studio band and flawless production by David Kershenbaum helped make this a Gold album.

Six months after the release of this album (April 1975) Bob, Joan and a cast of thousands were swooping through the Northeast on what would be one of the greatest tours of either of their lives, The Rolling Thunder tour. Bob and Joan hadn’t played together in many years. Yet, there they were, together on stage singing “Blowin’ In The Wind,” “I Shall Be Released,” “Mama, You Been On My Mind” and more. No one ever imagined they’d see that again. The tour is wonderfully documented on the Live 1975: The Rolling Thunder Review double CD (though one wishes they might have seen fit to include some of the songs from Baez and other cast members). Bootlegs exist of almost every single performance from that tour, some soundboard recordings, but mostly audience recordings. I have most of them. The shows were just pure magic. As good as it gets. Dylan was on fire, his performances were razor sharp and deadly intimate. The band was structured chaos, perfect for Dylan’s songs, both old and new. Baez, McGuinn, Neuwirth and lots of guests also turned in remarkable showings as well.  I can’t help but think that Diamonds & Rust had a lot to do with that tour coming together the way it did.