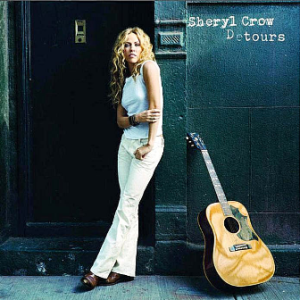 I used to frequent a record store in San Marcos, Texas called Sundance Records. I’d make a point of stopping by almost every day. The folks who owned and ran the store became friends, as did the clerks who worked there. I’d always head first for a little bin next to the cash register where they’d place used “new arrivals,” a great place to get cheap CDs. Many of these were often “promo” CDs. For those that might not know, the record labels sound out hundreds, if not thousands of “promotional” CDs on any given title to music writers, radio stations, tour promoters and assorted friends and riffraff. The vast majority of these end up in used record stores. You can’t blame the recipients. Writers in particular often get way more CDs than they can ever listen to or review. They might as well sell the stuff that is of no interest to them. The record labels frown on the practice (of course) but there’s really not much they can do about it. They will usually punch a hole in the bar code or stamp the booklet with “Promotional Copy” to at least make sure the CDs don’t end up getting returned to them as defective units. Truth be told there’s a lot of record label employees who sell stuff on the side to used record stores for a little extra cash. I’d often buy new and interesting looking things from this bin that I didn’t know much about, just because the price was right. For $5.99 or $6.99 I’d take a chance on a lot of stuff. One of the CDs I bought in 1993 was Tuesday Night Music Club by Sheryl Crow. Didn’t know a thing about her but I’ve always had a soft spot for female artists (be they rock, folk, country or whatever). One listen and I knew I’d found something special. With “Run, Baby, Run,” “Strong Enough,” “I Shall Believe,” and of course “Leaving Las Vegas” and “All I Wanna Do,” this was a phenomenal debut from a very promising artist. Her label A&M obviously believed in Crow as well, as they they worked this album for almost a year before it finally paid off when the third single from the album, “All I Wanna Do,” made it to Number 2 on the charts in the summer of 1994. The first two singles had not made much of an impression on the record buying public and one can only wonder what would have become of Crow if the “All I Wanna Do” had also failed to chart.

I’ve followed Crow’s career carefully over the past 15 years. There have certainly been ups and downs but she’s managed to put together an incredible body of work over the course of just five albums. Sheryl Crow, The Globe Sessions and especially 2002’s C’mon, C’mon are real favorites that I come back to frequently. “Soak Up The Sun” is one of my very favorite all-time pop songs. The only real disappoint in her catalog is 2005’s Wildflower, an uncharacteristically lifeless and bland affair. Fair or not, I guess we can blame it on the “too happy to make a good record” syndrome. As Bob Dylan once said, “Pain sure brings out the best in people, doesn’t it?”

Detours is a marvelous return to form. The songs are some of the best she’s written in years. But what most people will probably site as the key ingredient here is the return of Bill Bottrell who had produced Tuesday Night Music Club. Apparently Crow and Bottrell had a big falling out not long after Tuesday Night Music Club became a smash success (he called Crow “hopeless” and “obnoxious” in a 1996 Rolling Stone cover story on her). He was originally slated to produce her follow up album but pulled out before recording began. A masterful producer, Bottrell has been on board for several classic releases in recent years, including Shelby Lynne’s I Am Shelby Lynne. It seems he and Crow remained estranged for quite a long time until Crow called him up and asked him to work with her on this new album. We can all be quite thankful that they buried the hatchet because the music they have once again made together accounts for a truly splendid album, something I wasn’t expecting after Wildflowers.

Crow has always been a passionate songwriter, well schooled in the Joni Mitchell/James Taylor/Carole King mold of “confessional” songwriting. Detours is no different. The songs here are direct, poignant and very personal. There are four distinct themes running through this album: her recent bout with breast cancer, her adoption of a son, Wyatt, in 2007, her very public relationship and breakup with Lance Armstrong and, surprisingly, current political events. Crow has never been known as a “political” songwriter, though she did make the news in 2007 when she headlined a Stop Global Warming College Tour and when she and co-partner in crime Laurie David got into a bit of a tiff with Bush adviser Karl Rove. It’s a bit of a surprise (though quite welcome indeed) to find three overtly political songs on this album. “God Bless This Mess,” with it’s single acoustic guitar and Crow’s compressed vocal, sounds like it’s coming straight out of a cheap AM radio. A poignant “state of the union address” written from the perspective of an ordinary, average American, it set’s the mood immediately. “Peace Be Upon Us,” with it’s Arabic lyrics is a moving, modern day version of “Give Peace A Chance” while “Gasoline” is a wicked, remarkably infectious tongue-in-cheek rave-up about the politics of oil. “Love Is Free” and “Out Of Our Heads” are pure, classic Sheryl Crow, easily the two catchiest things she’s done since “Soak Up The Sun,” though the pop melody of “Out Of Our Heads” belies the political sentiments underneath. The acoustic based “Detours” and and the damning “Diamond Ring” are obvious reflections on her relationship with Armstrong. “Make It Go Away (Radiation Song)” is a harrowing look at her brush with cancer. The album comes full circle with “Lullaby For Wyatt” a beautiful declaration of unconditional love for a new child. It may all be a colossal mess, as she asserts at the beginning of the record, but in the end, it all comes back to one basic, simple thing that keeps us all from throwing our hands up in futile despair: love.