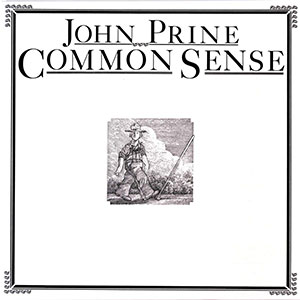 I’m not your typical record buyer. I never have been. I’ve long maintained that most people do not buy records based on things like liner notes, album credits or record reviews in newspapers and magazines. But I certainly do. When I see an album by an artist that I’m not familiar with I always look to see who’s playing on it. If there are people I know I’m more likely to check it out. I’ve bought tons of albums based on a review I read somewhere. I have my favorite music writers and I know their tastes so I can often tell what the chances are I’ll like something based on who reviewed it and what they thought of it. I think most people have always bought records based on radio exposure or having seen an artist live. People need to hear something before they’re likely to put out hard earned cash for the album. That’s changing now somewhat with the demise of terrestrial radio and rise of the internet. But, still, most people buy things they have already heard, and liked, somewhere, be it the radio, TV, the internet, a bar or in a friend’s car.

In 1971 I bought an album (well, an 8-Track tape) by a new guy named John Prine. I bought it soley because Kris Kristofferson raved about Prine on back of the album jacket. That was enough for me. Having recently discovered The Silver Tongued Devil And I, I was a huge Kristofferson fan. The album has gone on to become a true classic, containing four of Prine’s best known songs: “Angel From Montgomery,” “Hello In There,” “Sam Stone” and “Paradise.” He followed it in 1972 with Diamonds In The Rough and then in 1973 with Sweet Revenge, two more fine, fine albums. But his fourth album, Common Sense, released in 1975, may be my all time favorite. He’s released over a dozen more albums since Common Sense. The Missing Years won a Grammy in 1991 and reinvigorated his career. I have all his albums. I have many bootlegs. I play them all on a regular basis. Bruised Orange and Storm Windows are also very high on my list of favorite albums. But I come back to Common Sense more than any of the others. In many ways it’s a unique John Prine album, at least to me. From the very first album Prine demonstrated a profound ability to tell stories (“Sam Stone,” “Angel From Montgomery,” etc.). But he also displayed a wicked sense of nonsensical humor on songs like “Pretty Good,” “Flashback Blues” and “Illegal Smile.” Diamonds In The Rough was a little more on the serious side (with two anti-war songs), but there were also songs like “The Frying Pan” and “Everybody” (a song about meeting Jesus). Songs like “Please Don’t Bury Me” and the title track from Sweet Revenge kept this side of Prine’s songwriting on display. But, it was the Common Sense album which really brought it all to a head.

The title of the album and the cover drawing (a dimwit stepping on a rake) pretty much sum up the songs on this album. These songs are as close to modern day, cartoon like, fairy tale absurdity as you’ll ever find on a “country/folk/singer-songwriter” album. And I mean that in a very, very good way. This is John Prine’s The Basement Tapes. Not in the sense that the songs and recordings were squirreled away and hidden for years, but in the songwriting sense. On The Basement Tapes Dylan wrote a string of completely ridiculous songs framed around lyrics that in the very act of making absolutely no sense, made perfect sense. Prine does the same thing on Common Sense. It’s ten years later and the songs are filtered through Prine’s own beautifully warped view of the world, but the two albums have a lot in common.

Even though the album contains eleven songs, it goes by pretty fast, clocking in at about than 32 minutes. Every song is short, sweet and to the point. There’s not a single song on this album that is anything like “Sam Stone,” “Angel From Montgomery,” “Donald And Lydia,” “Billy The Bum” or “Grandpa Was A Carpenter.” These are story songs, there’s no doubt about that, but they are stories from a different dimension. Take my favorite verse from the title track:

“But they came here by boat, and they came here by plane
They blistered their hands, and they burned out their brains
All dreaming a dream that’ll never come true
Hey, don’t give me no trouble or I’ll call up my double, we’ll play piggy-in-the-middle with you”

Or consider the title of the following track: “Come Back To Us Barbara Lewis Hare Krishna Beauregard.”

Prine is on a roll here. Song after song just nails it. If you look at the lyrics of each song literally you say, “huh?” But if you don’t think about the lyrics and what they might mean, if you just let the songs seep into your soul, if you don’t think too much, they all seem just downright perfect. It’s a contradiction and an irony that Prine sums up perfectly in the the title song: “It don’t make no sense that common sense don’t make no sense no more.” He also has a very unique way of saying something deadly serious in the most preposterous manner possible. It’s brilliant. “Saddle In The Rain” may be my all-time favorite Prine composition. Other tracks like “Common Sense,” “My Own Best Friend,” “That Close To You” and “Middle Man” are not far behind. This is another one of those albums where I would simply have to include almost every track on a John Prine iTunes playlist. “He Was In Heaven Before He Died” is one of the most beautiful, touching, haunting songs he has ever written, though if you were to just read the lyrics on a sheet of paper you might be left wondering what the hell he was trying to get at. But in listening to the song, on a completely different, maybe even subconscious level, it’s all quite apparent. A rollicking version of Chuck Berry’s “You Never Can Tell” is the perfect album closer.

Common Sense is also one of Prine’s best sounding albums. Famed Memphis guitar player Steve Cropper does a fabulous job of capturing the energy, spirit and essence of these songs. The band is top notch, mostly session players, some of the very best of the day. Bonnie Raitt does a killer harmony vocal on “Come Back To Us Barabara Lewis Hare Krishna Beauregard.” Jackson Browne, Glenn Frey, J.D. Souther and Steve Goodman are along for the ride. And what a ride it is. Though many of his other albums are also very close to my heart, if I had to pick just one to take with me to a desert island it would have to be this one.