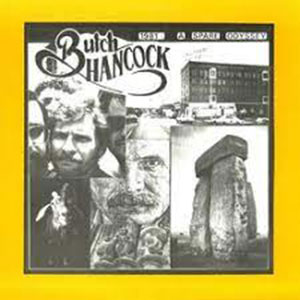 1975 to 1985 was the golden era of the Texas singer-songwriter. This is when artists like Billy Joe Shaver, Townes Van Zandt, Guy Clark, Eric Taylor, Steven Fromholz, Walter Hyatt, Jerry Jeff Walker, Willis Alan Ramsey, Michael Murphey, Jimmie Dale Gilmore, Joe Ely, Ray Wylie Hubbard and Butch Hancock were at their peak. A second generation followed spearheaded by Steve Earle, Lucinda Williams, Lyle Lovett and Robert Earl Keen. We’re now well into a third generation and I just want to say, for the record, it ain’t the same. Every time I turn around there seems to be another songwriter from Texas trying to make themselves heard. With a few rare exceptions (Todd Snider, Bruce Robison) these new guys are a bunch of loud, obnoxious, frat boy, Saturday night dancehall blowhards. I’ve given plenty of them a listen and I swear if I hear one more album with ten songs about Texas on it I’m going to start pretending I never lived there. Texas has long been known for its independent streak and its possessive, protective, downright territorial attitude that anything and anyone not from Texas is not worth a damn, but come on, you can take this shit too far. I knew we had crossed a line when I put on an album by a Texas artist that was recorded live in Dallas. The first thing he shouts to the crowd is “Are there any Texans in the house!” and of course he gets back riotous screaming and applause. Give me a fucking break. You’re playing to a local crowd in Dallas. The room is probably full of nothing but Texans. This kind of shit really gets on my nerves. Now, I lived in Texas for twenty years so I feel qualified to speak to this. The artists I noted at the beginning of this entry wrote dozens of superb, often breathtaking songs about Texas, but they rarely, if every, resorted to this kind of patronizing garbage.

I discovered Butch Hancock on the first Joe Ely album, self titled and released in 1977 on MCA. That album was a real awakening for me and one of my first introductions to the depth of the Texas songwriters scene. It introduced me to two men who would become some of my all-time favorite artists: Butch Hancock and Joe Ely. Butch wrote four of the ten songs on Joe’s debut album. And what songs they were: “She Never Spoke Spanish To Me,” “Suckin’ A Big Bottle Of Gin,” “Tennessee’s Not The State I’m In” and “If You Were A Bluebird.” Classics, each and every one. I don’t remember when I first became conscious of the “songwriter.” But, certainly at a very early age. I’d always look on the record jackets or the discs themselves to see who had written a song I liked. And then I’d try to find out everything I could about that songwriter. Had they written other songs I had heard? Had they made any albums themselves? Some remained quite elusive mysteries. On Linda Ronstadt’s 1970 Silk Purse album there is a great song called “Long, Long Time” (which was actually a hit for her at the time) along with another outstanding song called “Nobodys.” The jacket said both were written by Gary White. I searched for a long time for more information about this guy, but never found very much. The only other thing I know about him was that he was also in a band called Circus Maximus with Jerry Jeff Walker in the sixties. Other times a songwriter I discovered on another artist’s album went on to become one of my favorite artists in their own right. Just sticking with Linda Ronstadt we have Karla Bonoff. Linda recorded several of Karla’s songs before Karla’s first album was released (I’m sure Linda’s recordings were instrumental in getting Karla a contract) and Karla went on to make three fantastic albums of her own in a row.

Ely recorded three more of Butch’s songs on his second album, Honky Tonk Masquerade (“Box Cars,” “Jericho” and “West Texas Waltz”). By now I was more than ready for an album from Hancock himself, and sure enough shortly thereafter Hancock’s debut album, West Texas Waltzes & Dust Blown Tractor Tunes showed up. I was working at Zebra Records in Austin when he brought in a box of them for us to sell on consignment. Butch is a “unique” individual, to say the least. He’s one of the most DIY characters I’ve ever met. All his albums, except one, have been self-released. He’s the kind of artist will play the Cactus Cafe for six nights in a row, never playing the same song twice (he called it “No Two Alike” and it was documented on a set of 14 cassettes that he sold as a “tape of the month” series). He’s the kind of artist that will wait years to put out his albums on CD and then leave the best, most well known, most requested, most beloved song off one of them. There just ain’t no figuring this guy out. He’s always done things on his own terms, even when those terms made absolutely no sense to anyone else whatsoever. West Texas Waltzes & Dust Blown Tractor Tunes was a very sparse affair, just Butch, his guitar, his harmonica and as the credits point out, his foot. The title fit perfectly.

It was Butch’s second release, the 1979 double album The Wind’s Dominion, that really got to me. This was Butch’s Blonde On Blonde. A two album set stuffed full of brilliant, clever, remarkable even luminous songs. On a roll, he released another fine album in 1980, Diamond Hill. 1981: A Spare Odyssey came out in, as the name implies, 1981. It’s a decidedly haphazard, informal live recording from the long defunct Alamo Lounge in Austin. The recording itself is decent, but certainly a step below what you would usually expect from a professional live album. You can hear the cash register ringing up bar sales throughout Butch’s set. Still, for all of its imperfections it does have a certain “you were there” charm and, most importantly, it’s another disc of superlative Hancock compositions, especially the title track, “Voice In The Wilderness” and “Two Roads.” Hancock is a master of the written word and his lyrics are among the best I’ve ever heard. He can turn a phrase like no one else. For songwriting I put him right up there with Bob Dylan, and if you’ve read very many of my posts, by now you should know how I feel about Bob Dylan. “Horseflies,” “Dawgs Of Transition” and “‘Cause You Never Compromise” are also standout tracks. Butch included a song by another artist (something he rarely does), in this case Lucinda Williams’ “Sharp Cutting Wings” which was the first I had ever heard of Ms. Williams.

Of all his albums, this is the lone hold out that has never seen the light of day on CD. I can’t begin to guess why. More than likely Butch lost the master tape or something like that. I couldn’t find an image of the cover anywhere on the web which is very unusual. I searched and searched but nothing. I’ve ripped my LP to CD, but the quality of the actual vinyl I have is not that good. It’s in fine shape, it was never that good of a pressing to begin with. I’d sure like to see this see a CD release at some point. Maybe expanded with some other songs from the same show(s)? Knowing Butch that’s probably way too much to ask or hope for.