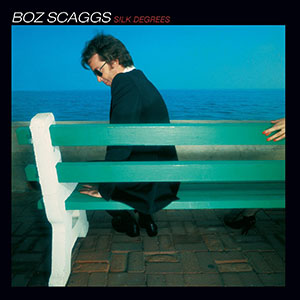 I can trace my love of music directly back to a transistor radio I had when I was 10 years old. I actually had two radios: a small, portable transistor radio and a bedside clock radio. I had lots of paper routes when I was growing up (I once had three different ones at the same time) and I would almost always take my radio along with me as I was cycling through the neighborhood delivering papers. If it was summer I might sometimes be listening to a baseball game, but most of the time I was tuned in to WING-AM or WONE-AM, both out of Dayton, Ohio. I lived in the very small town of Bellbrook, Ohio (about 15 miles or so outside of Dayton) from the age of 9 to 13. In my bedroom, reading or studying I would almost always have the clock radio turned on. I found it so cool that I could set it to come on automatically and wake me up for school. I was always curious to find out what song would be playing when the radio suddenly started to gush out hit songs each morning. But where I really became hooked was bedtime. My mom wouldn’t let me listen to the clock radio when I went to bed, so I’d sneak my transistor radio under my pillow. I found the perfect volume setting where I could hear it if I pressed my ear down hard enough, but no one else would know it was on. There was many a night I would fall asleep with one sixties pop nugget after another playing just inches away from my ear. I went through a lot of batteries this way as the radio would often play through most of the night. I’d eventually wake up and turn it off, but sometimes that was many hours later. As I got older I eventually got a record player and began to buy 45 singles and 12″ albums. But I still listened to the radio a lot as well. In those days I only had a handful of singles and albums and I was always listening to the radio looking for new songs. It was all about the song in those days. I gradually became more and more aware of the artists, but at the beginning it was the song, just the song.

I don’t listen to the radio anymore. I haven’t listened to it in a long, long time. But I was still listening in 1976, though I’d moved on from AM to FM. I was listening a lot to the Syracuse University student radio station, WAER. Contests were always popular with radio stations and one day they were giving away a copy of the new Boz Scaggs album. All you had to do was call in and tell them the name of the album. Now, at the time I wasn’t that familiar with Boz’s music. I didn’t have any Boz Scaggs albums. But, I read Billboard and a lot of other music magazines religiously and I knew his new album was called Silk Degrees, so I called in and what do you know, I won the album. In those days that was a big deal. I headed straight down to the University campus and claimed my prize, took it back home and became immediately infatuated with the record. Now, this was not the kind of music that I was mostly listening to in those days. I was much more into folk, singer-songwriter, country, country-rock and rock. But this album really connected with me and opened up a whole new genre of music for me. I soon sought out his previous album, Slow Dancer, which I liked even better. Since then I’ve bought just about every album he’s put out. Slow Dancer and Silk Degrees are still my two favorites, but he’s made some other really, really great albums as well. And he’s still going pretty strong.

Silk Degrees was released in March 1976. “It’s Over,” my favorite song on the album, and a perfect hit single if I ever heard one, was his first single to hit the Top 40. It was the first song I ever heard with two hooks. I remember being so impressed at the time. Most songs are lucky to pull off just one hook that sticks in your brain, makes you want to hum the song and ingrains the melody in your memory. This song had two! Wow. But the song only got as high as #38 on the charts. The album seemed destined to once again reach only the existing audience that Scaggs had already established with his previous five albums. But something happened, something that could never happen today. Months after the album had been released, when the single had peaked and everyone was moving on to other things, a DJ in Cleveland started playing “Lowdown” on his soul station and suddenly it was a “local” hit. Before long it was spreading across the country and Columbia issued it as a single. It went all the way to #3 and set Scaggs’ career in motion for years to come. Silk Degrees ended up spending 115 weeks on the charts and has sold over 5 million copies to date. Brilliantly produced by Joe Wissert it sounds as good today as it did over thirty years ago. This is one exceptionally crafted disc of music.

“What Can I Say” is a perfect opening track. Scaggs sets the mood of the album: a wonderful mixture of blue-eyed soul, pop and rock. “Georgia,” with it’s constantly shifting tempo, up-front horns and inspired vocal is one of the most instantly accessible songs on the album. Silk Degrees features a fantastic team of session players including David Paich, Jeff Porcaro and Fred Tackett. Les Dudek adds a dazzling slide guitar to “Jump Street.” “What Do You Want The Girl To Do” is one of only two non-penned Scaggs songs on the album, having been written by Allan Toussaint. It’s a song that has been covered by a lot of people (including Bonnie Raitt who does a great version) but for my money Scaggs’ version is the best one out there. He and the band just nail the essence of this song.

But “Lowdow” is where it all starts for most people when it comes to Boz Scaggs. It’s still a big favorite with baby boomers and “classic rock” radio. One listen and it’s easy to see why: the song connects on a very visceral, deep down, gut level. The tight drums, the thudding in your face bass, the background vocals, the mesmerizing rhythm and Boz’s near perfect sly, street wise vocal all combine to make this the classic it has become.

Both sides of the original album ended with slow, winsome ballads, the kind of songs that are perfect showcases for Scaggs’ soulful, passionate vocals. “Harbor Lights” is a dreamy piece of atmospheric story telling whose lyrics Scaggs says were inspired by the names of horses in a racing form. Rita Coolidge had a huge hit with “We’re All Alone” just a year or two later.

Unfortunately, Silk Degrees is the only album that many people associate with Boz Scaggs. He never had another hit single as big as “Lowdown” or “Lido Shuffle” and he never had another album sell as well as Silk Degrees. It’s a shame because he made a lot of great music both before and after this album. Legacy reissued the album in 2007 with three live bonus tracks. Recorded at the Greek Theater in Los Angeles in August 1976 (before the album had become the big hit it was destined to be) the songs feature a killer band with Boz in fine form. I’d love to have this whole concert released. And while it is certainly nice to have this reissue I’d be a lot happier if Legacy would simply reissue four of his earlier Columbia albums that for some ridiculous reason are not available on CD in the US: Boz Scaggs, Moments, Boz Scaggs & Band and My Time. All are at least available as imports, but they can get a little pricey. Once again, the ways of these major label reissue divisions never cease to amaze me.